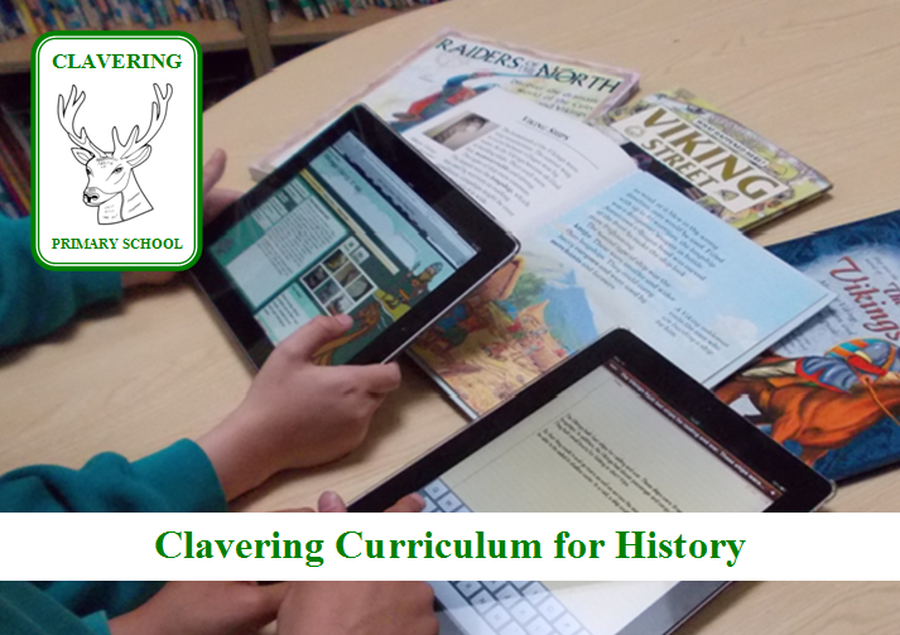 Aims of the Clavering Curriculum for History

The Clavering Curriculum for History aims to ensure that all pupils:

2. To investigate and interpret the past.

4. To build an overview of history.

Topics studied in each year group

Significant historical figures: Why do we remember Florence Nightingale and Mary Seacole? (8)

Event beyond living memory: What was the Great Fire of London and how do we know about it? (6)

World history 1: What can we find out about the achievements of the ancient Egyptians from what has survived? (8)

British history 1: How did life change in ancient Britain from the New Stone Age to the Iron Age? (3)

British history 2: What was the impact of the Roman invasion of Britain? (5)

British history 3: What motivated the Anglo-Saxons, Picts and Scots to settle in Britain? (8)

British history 4: How did the Viking and Anglo-Saxon struggle for power affect the Kingdom of England? (8)

British history 5a: Introduction to the First World War (1)

British/Local history 5b: Why do people in Hartlepool still remember the 1914 bombardment? (7)

World history 2: What was everyday life like for the Mayan people (c. AD 900) and how did this compare to life in Britain at this time? (8)

World history 3: How have the ancient Greeks’ achievements influenced the western world? (8)

British history 6a: Introduction to the Second World War (1)

British history 6b: What was life like for children and women in the UK as a result of the Second World War? (7)

The number in brackets indicates the approximate number of hours assigned for each unit (not including any associated educational visits).