Experience has shown that the values our pupils develop in sport carry across into their academic work – commitment on the playing field is carried across into the exam room and beyond. These values include the Clavering Sports Values – determination, honesty, passion, respect, self-belief and teamwork – which are at the heart of the Clavering Physical Education, School Sport and Physical Activity Programme. Our programme instils these values, along with the qualities of hard work, commitment, self-discipline and resilience. The aim is for these personal qualities to be applied in all aspects of school life, including in pupils’ academic studies, whilst having positive effects on behaviour and attendance.

The principles of honesty, respect and fair play are values that are actively instilled in pupils through the medium of sport. Pupils are taught how to remain focused, committed and determined during high intensity competition, to respect their teammates, opponents and officials, and to play honestly and fairly with passion and self-belief. Furthermore, they are expected to understand the Clavering TEAM mantra that ‘Together Everyone Achieves More’ and how competitive sport fosters team spirit. In addition, self-discipline and striving are encouraged – showing ‘grit and determination’ and ‘giving everything you’ve got’ are common phrases used by teachers and pupils.

How do you demonstrate these values whilst being physically active, when playing competitive sport, during PE lessons and, most importantly of all, in your everyday life? 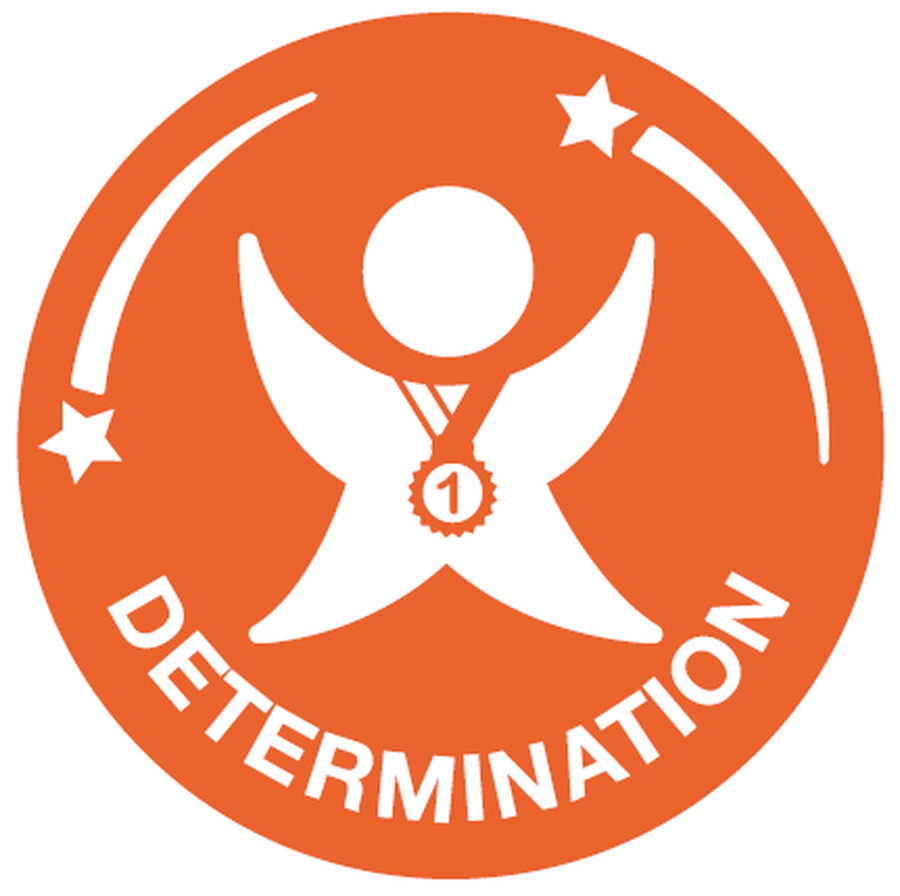 Keep going no matter what. Determination is about the journey you go on to push yourself and achieve your dreams.

Have the mental strength and self discipline to overcome obstacles, commit to your goals and keep working everyday to become the very best you can be. Don't hold back! 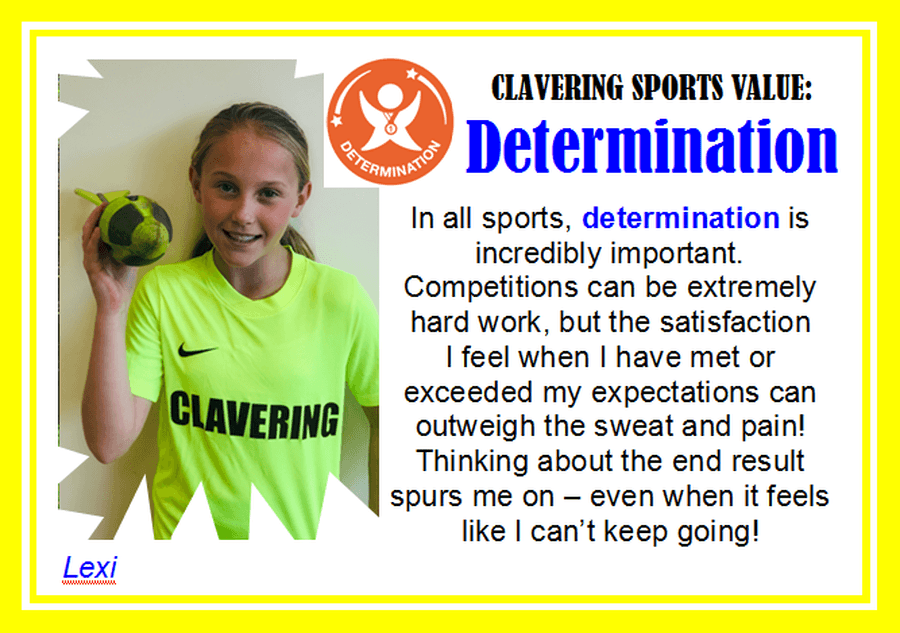 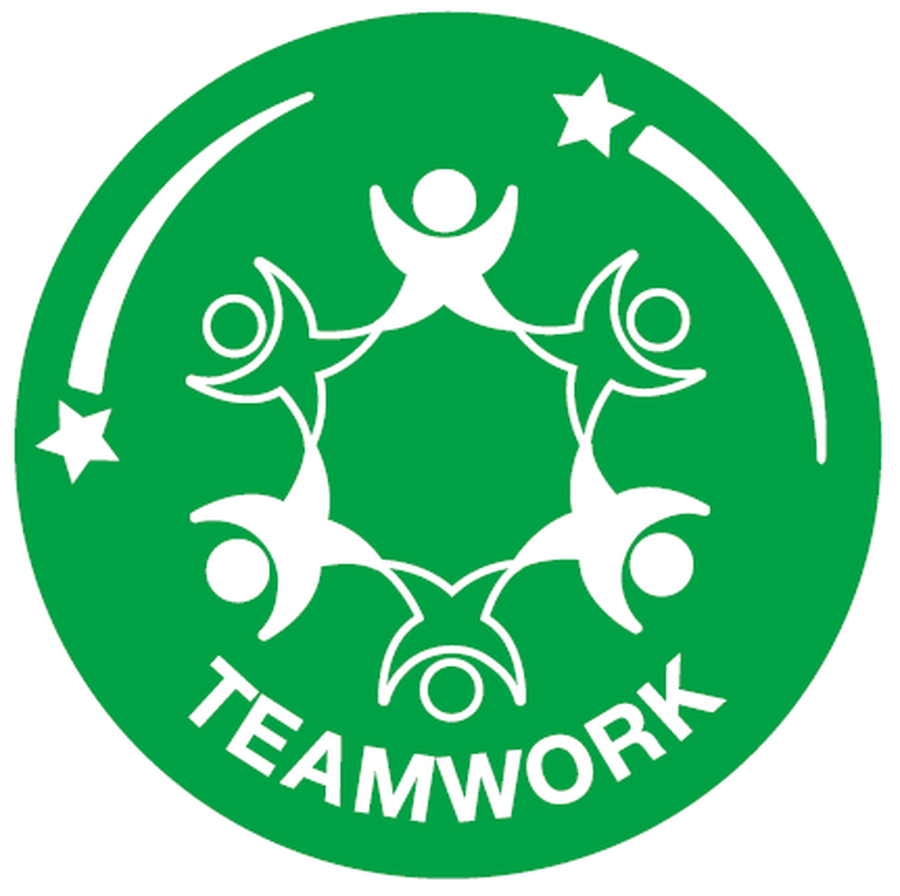 Treat everyone equally, support each other and work together to have fun and achieve.

Celebrate each other's success and be a positive team player. 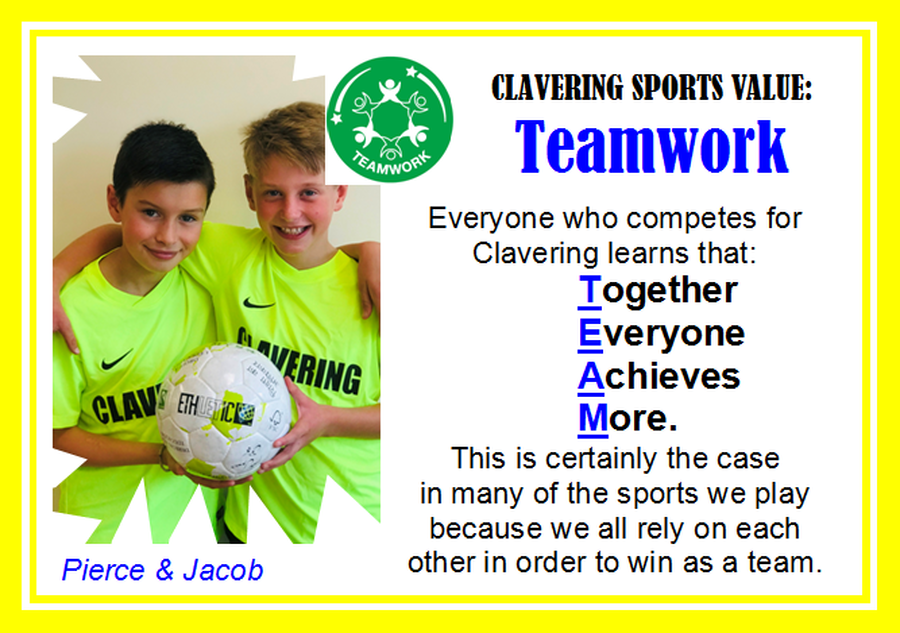 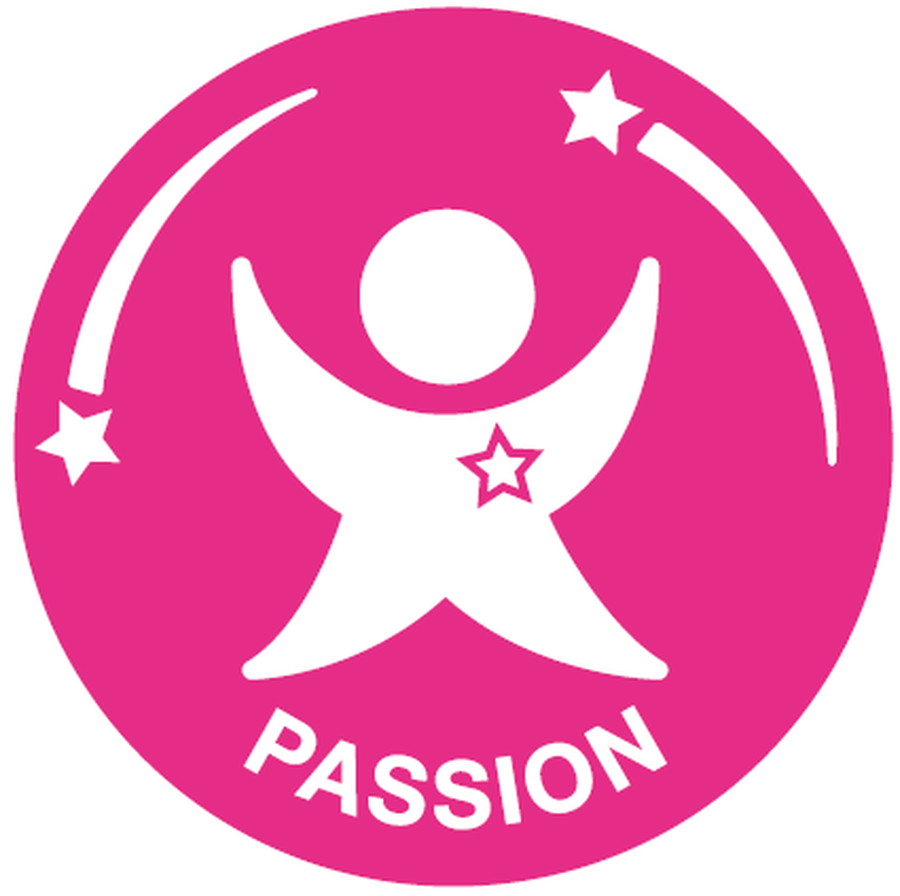 Put your heart and soul into the game/event/race and never give up. 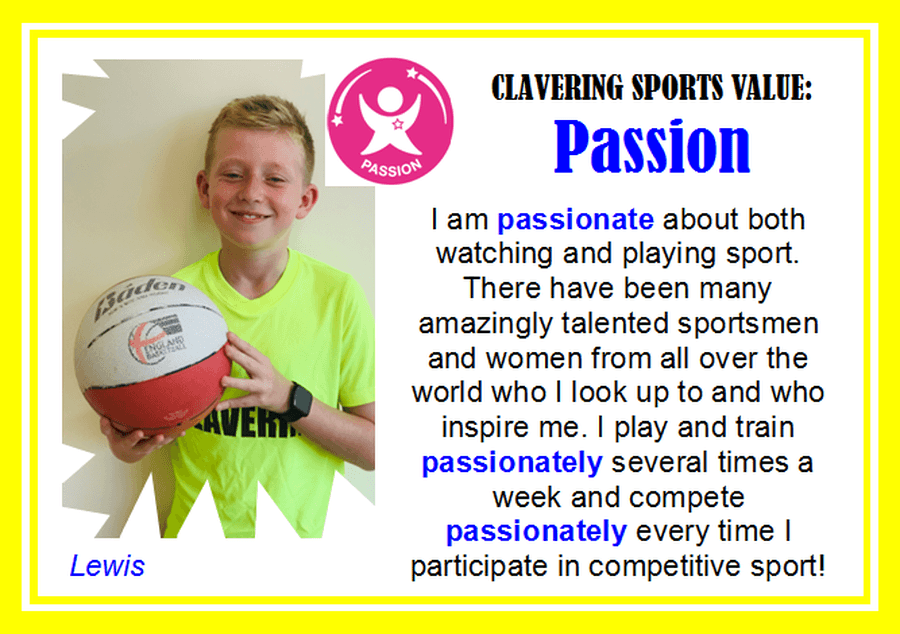 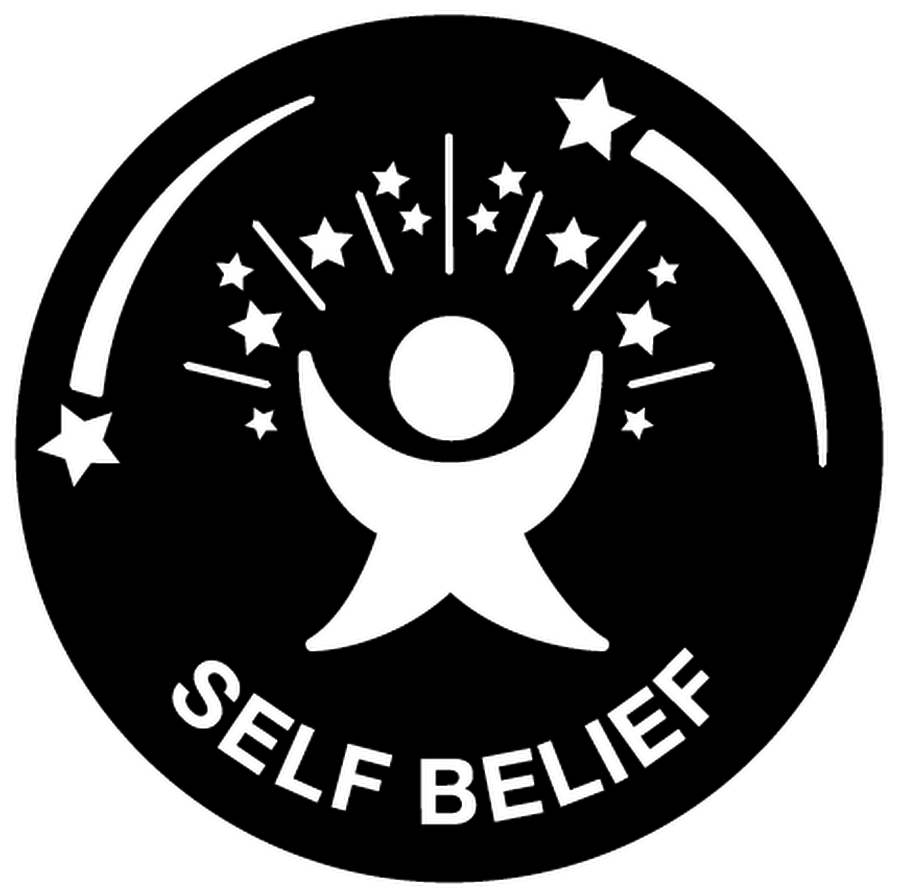 You've got to believe to achieve.

Have the self-belief and confidence to succeed and reach your personal best. 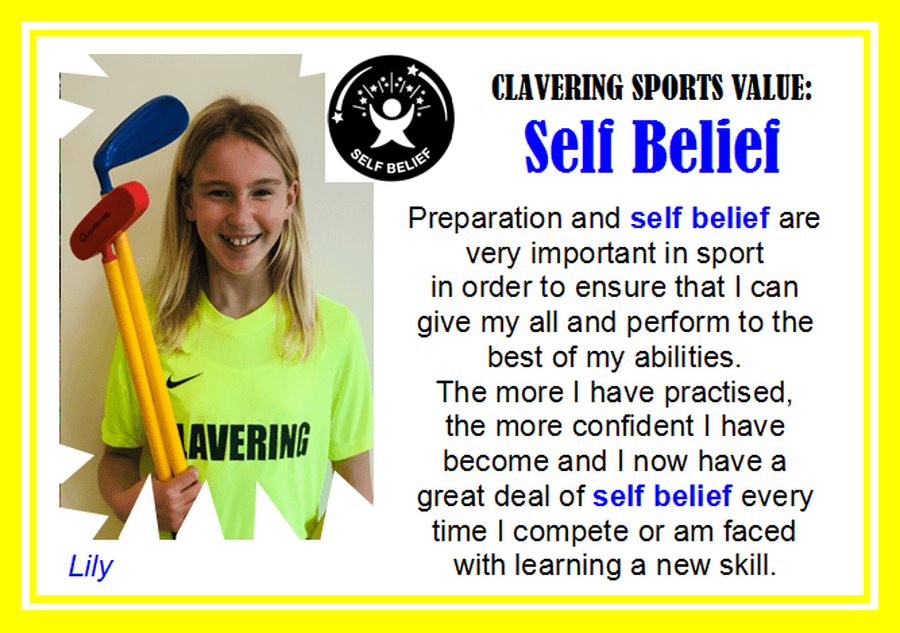 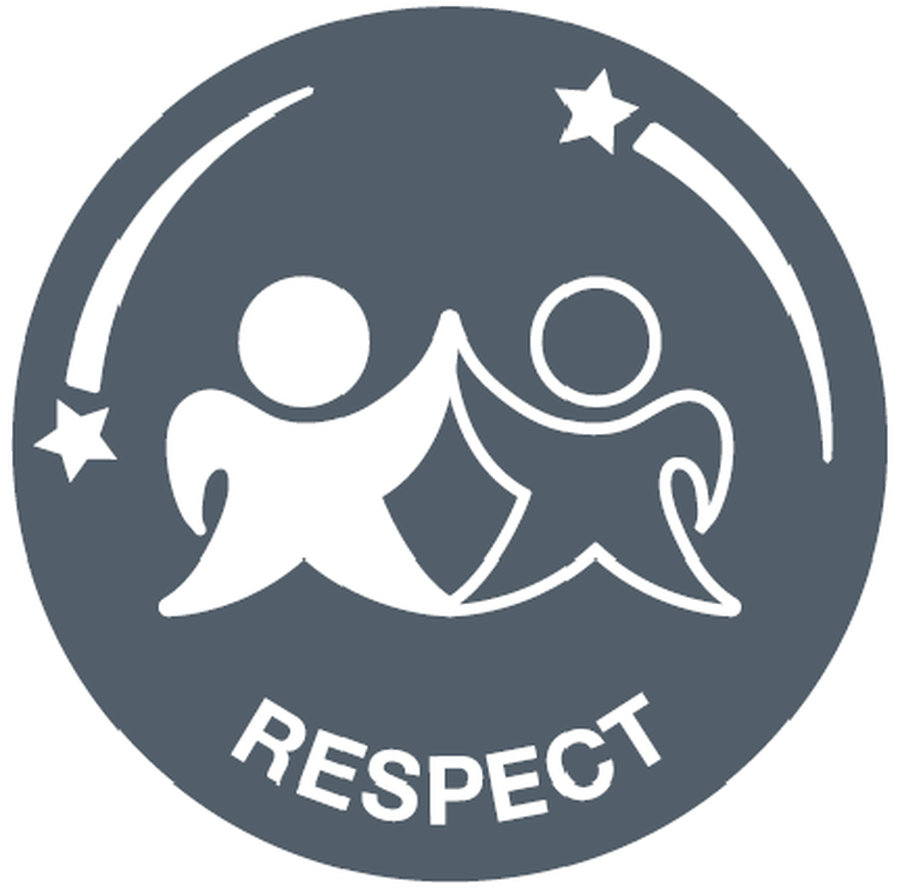 Show respect for the referee, for the opposition, for your team mates, for yourself and for the game.

Accept victory and defeat with grace, treating others politely and with understanding.

Have respect every day, in every sport and for everyone. 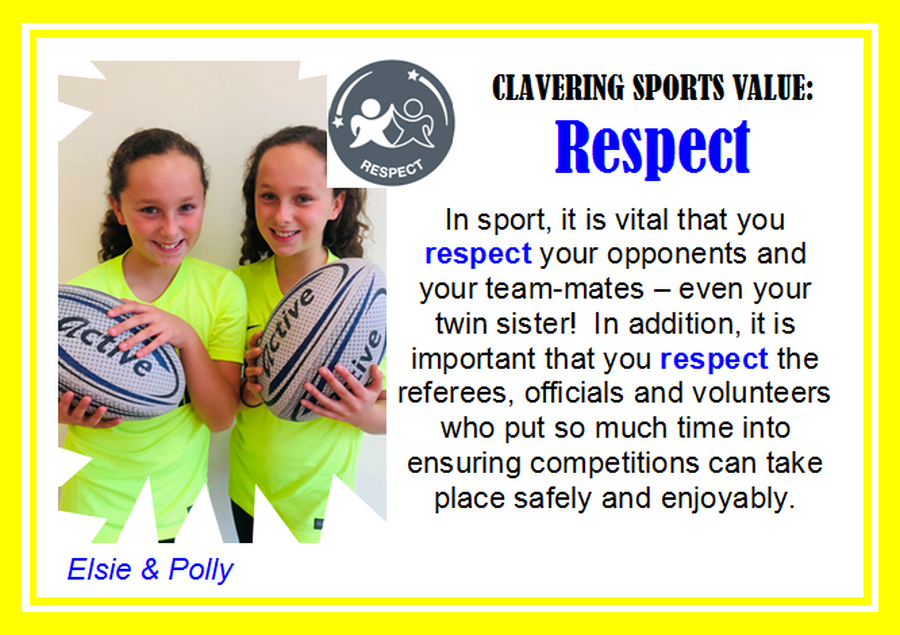 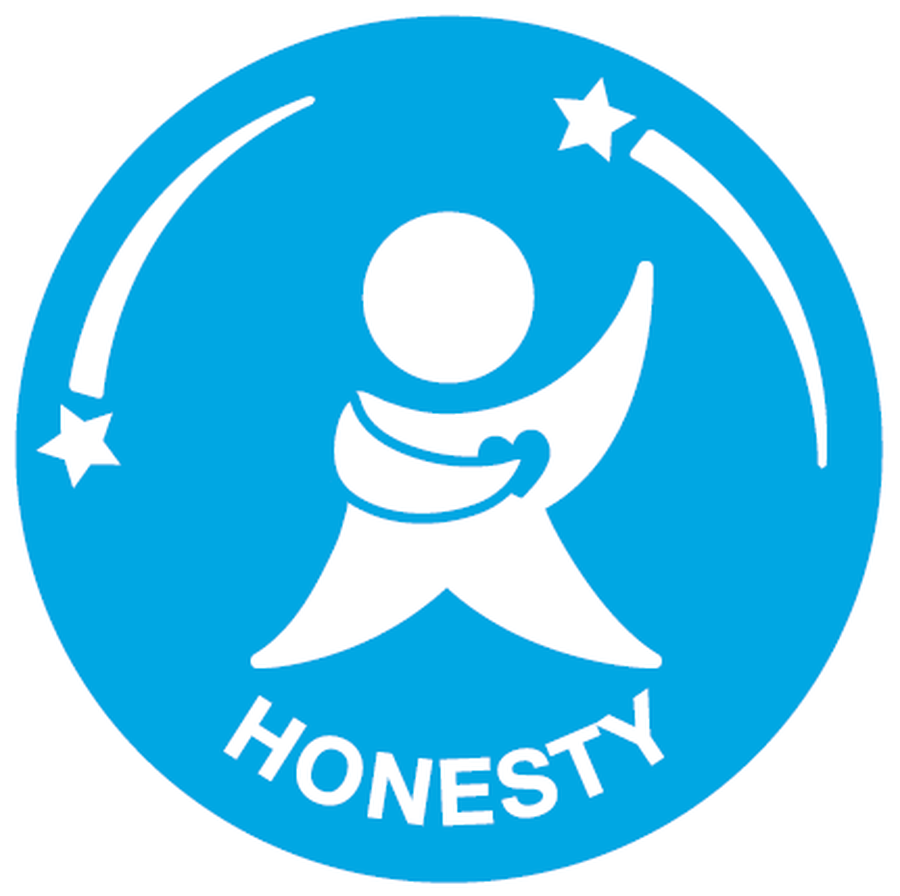 Be honest with others and with yourself.

Have the courage to do the right thing and what you know is right. 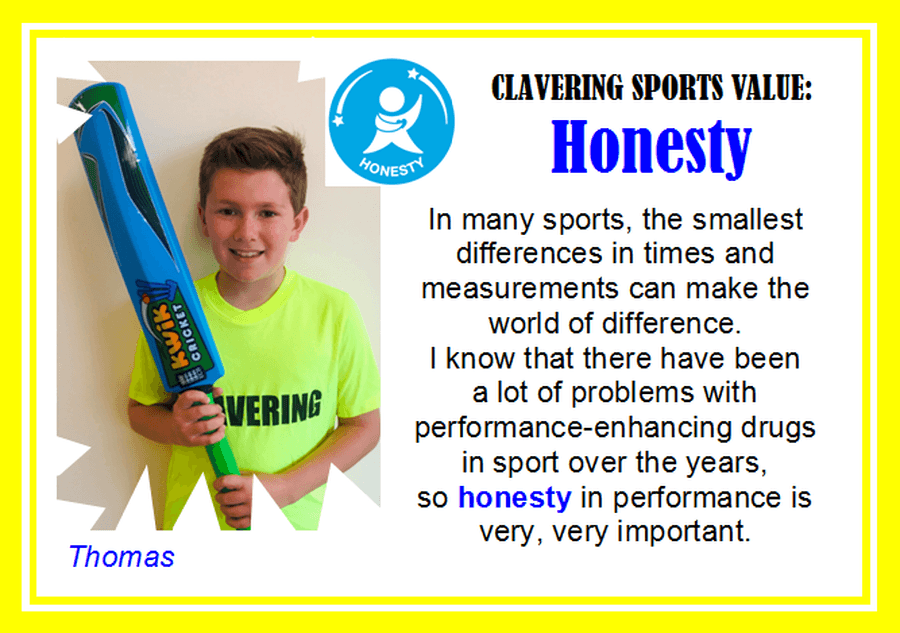 In all aspects of competitive sport at Clavering Primary School, we believe in the sentiment expressed by the modern Olympics founder Baron Pierre de Coubertin who said: "The most important thing is not winning, but taking part". Although we play to win, we know that this is not the most important element of competitive sport and demonstrating our Clavering Sports Values is far more important than any trophy awarded or competition won.

We expect all players, team managers, teachers, teaching assistants, parents, carers, pupils, governors and other supporters to uphold the relevant Conduct of Conduct:

CODE OF CONDUCT FOR PLAYERS

Regard it as an honour and privilege to represent a school team.

Treat a match as a game that is fun, but play by the rules.

Take pride in your performance and that of your school.

Encourage others in your team to do their best.

Enjoy participating – it should be fun.

Accept all decisions by match officials.

Let the Captain speak to the referee on behalf of the team, if decisions made by the match officials need to be clarified.

Demonstrate concern for an injured player, regardless of their team.

Learn to take defeat in the right manner and not to look for excuses as to why you may not have been successful on a particular occasion.

Shake hands with your opponents at the end of each game, regardless of the outcome.

Thank the referee/umpire and his/her assistants for their efforts.

CODE OF CONDUCT FOR TEAM MANAGERS, TEACHERS AND TEACHING ASSISTANT

Put the well-being and safety of players above all other considerations.

Adhere to all ratios and age boundaries wherever possible.

Be a good role model for all those in your care.

Enjoy yourself and in so doing promote enjoyment for others.

Be responsible for your actions.

Encourage your supporters to display a sportsmanlike attitude.

Guide and encourage players to accept responsibility for their own behaviour and performance.

Use acceptable and appropriate language at all times and in all situations.

CODE OF CONDUCT FOR PARENTS, CARERS AND OTHER SUPPORTERS

Attendance at a game is a privilege.

Respect decisions made by the match officials.

Be a good role model by positively supporting teams in every way possible and be generous with praise.

Become aware of the competition rules and keep winning in its proper place.

Respect other spectators, coaches and participants.

Be a fan not a fanatic.

Recognise and respect the performances of players in both teams, not just the team that you are supporting.

Accept victory modestly and defeat graciously, remembering that the team you are supporting will be judged by your reactions.

Do not ‘boo’ anyone.

Stand or sit in the place that you have been allocated for the match.

Do not interfere with instructions given by the teacher/coach in charge of the team.

Remember that nearly all those who control school activities and matches are volunteers, giving of their time freely and without any financial reward in most cases – respect them for this.

We use necessary cookies to make our site work. We'd also like to set optional analytics cookies to help us improve it. We won't set optional cookies unless you enable them. Using this tool will set a cookie on your device to remember your preferences.

Necessary cookies enable core functionality such as security, network management, and accessibility. You may disable these by changing your browser settings, but this may affect how the website functions.